Indigo is thriving in her new home! Formerly known as Anastacia here at AARCS, Indi (Indigo) has settled into her new home extremely well. Indi LOVES playing with her big brother Rooney. It took a couple of days for Rooney to get used to having a little sister around the house but now they are two peas in a pod!

Indi is almost done puppy primary classes and is passing with flying colors. She has an incredible motivation for treats and kibble. Indi’s instructor suggested doing service dog training so that Indi can volunteer in hospitals or care homes once she is old enough.

“We can’t imagine life without Indi, she has brought so much joy and love into our household. We are so thankful that AARCS exists, and was able to facilitate bringing this little furball of delightful chaos into our family!” – Indi’s Adopters 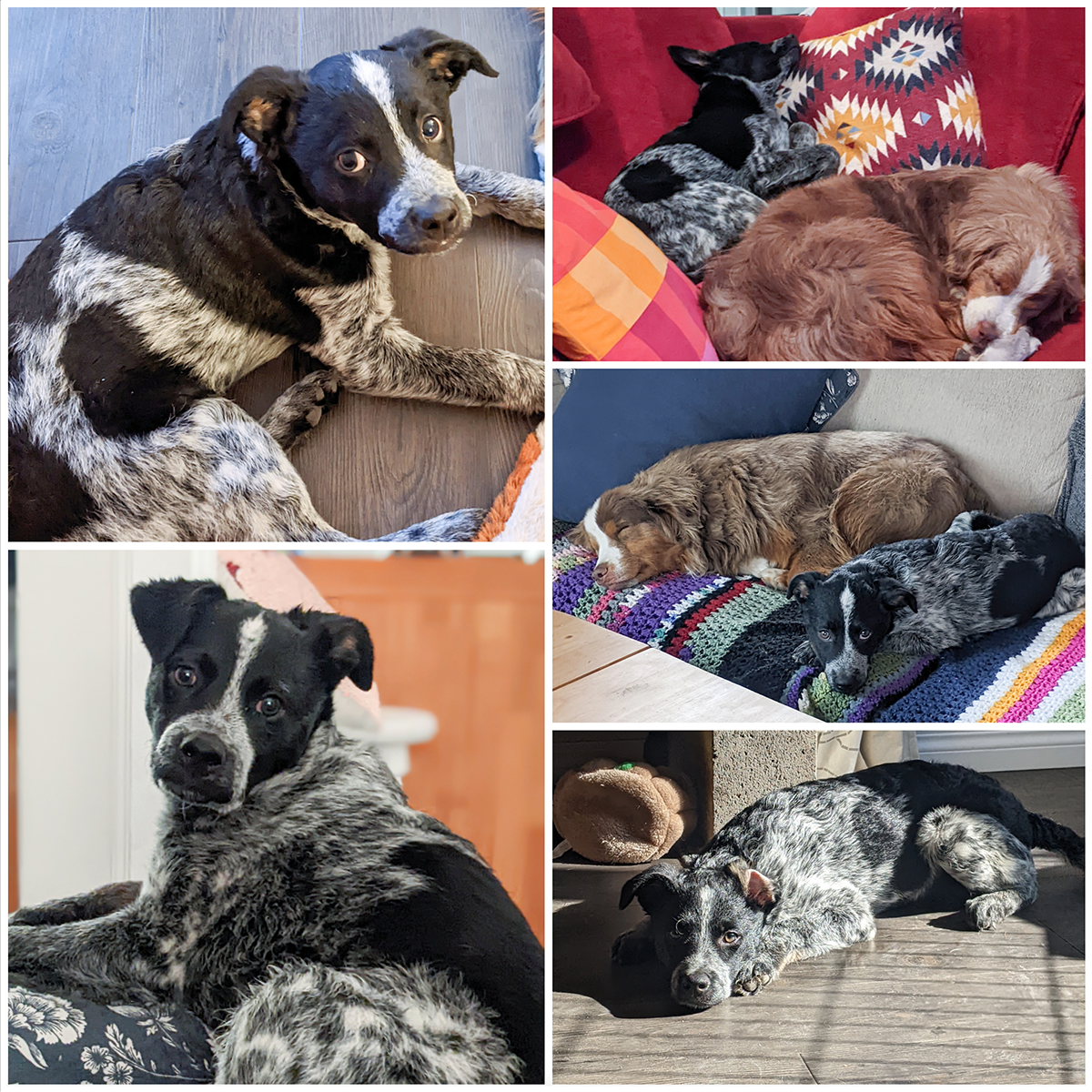