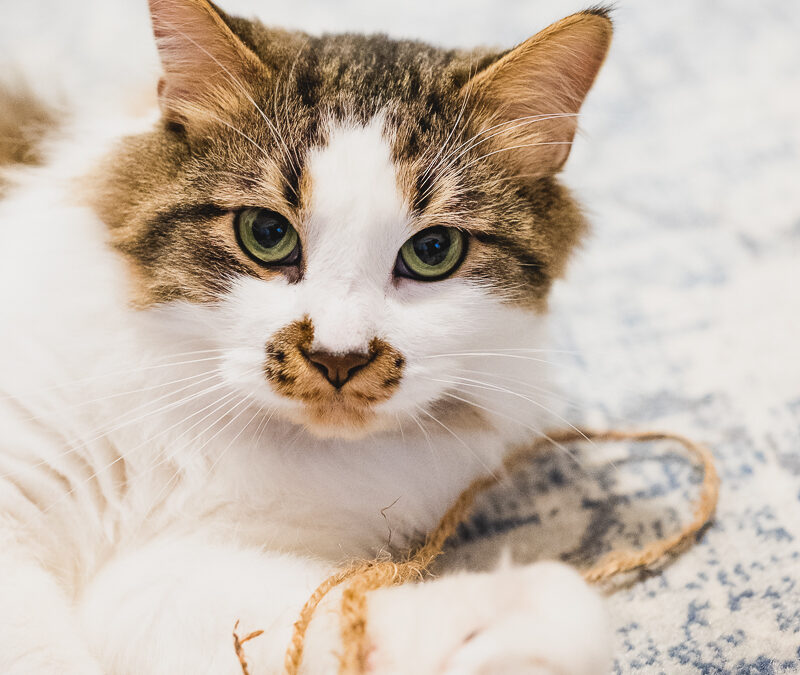 I have an Adoption Application Pending! 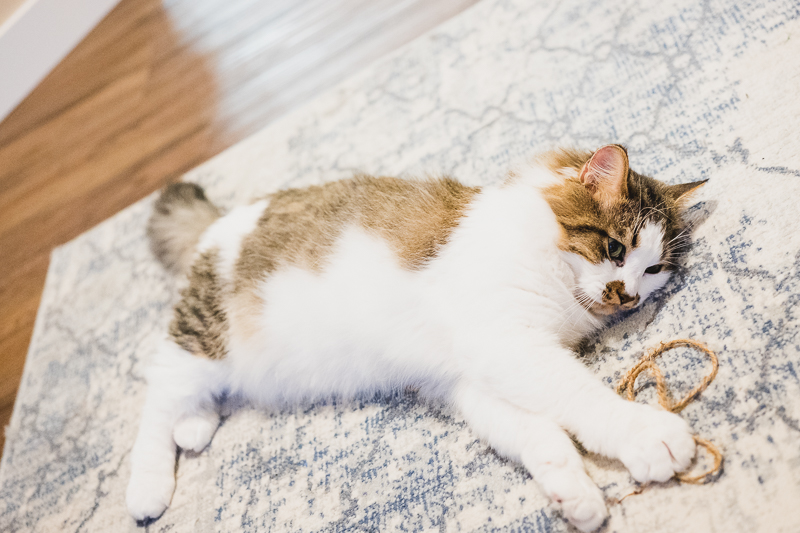 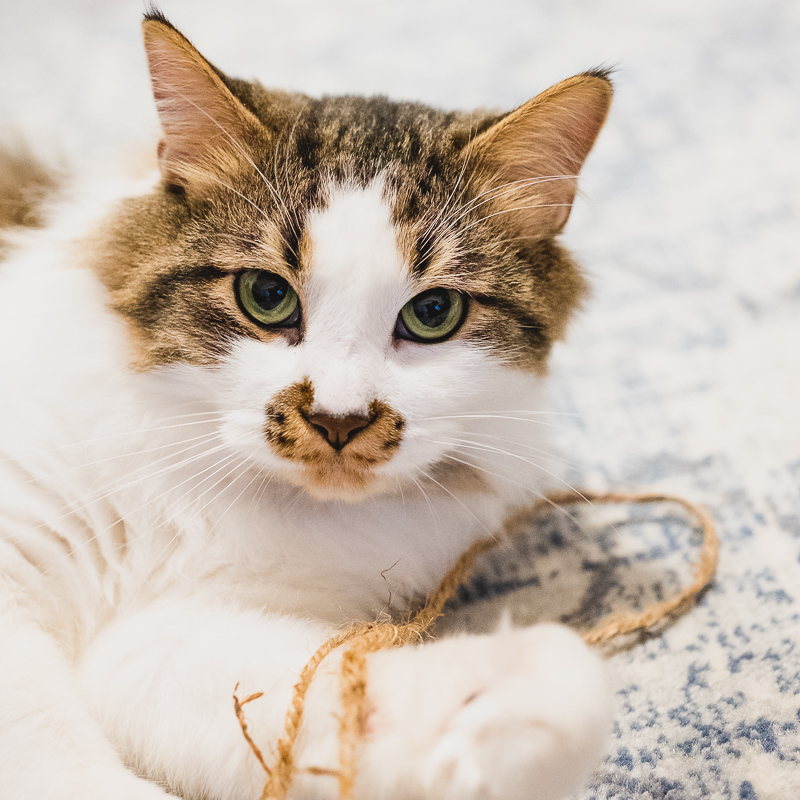 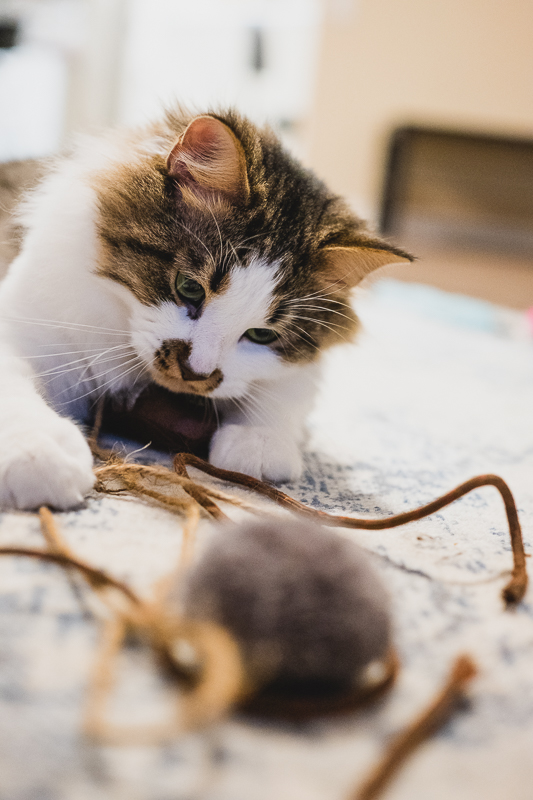 Barca – voted most improved by his foster family.

I first met Barca on December 24 at AARCS during a cat caregiver shift.  He was huddled in the back of his enclosure, looking unsure and unhappy.  As much as it might have been a Christmas gift to be in out of the cold, it was clear that he needed moved out to a loving home.  I saw Barca again on December 30, still looking woeful, and brought him home a few days later.

At first I was discouraged to see his behaviour in our foster care.  Barca chose to put himself in a corner beside the toilet in the room he was first placed in. He kept his body low to the ground and he barely moved.  He didn’t respond to toys and wouldn’t come out on his own, but could be lifted out for a quick visit to his humans’ lap.  Barca was like this for several days – would he come around?

Each day and each week, I’m pleased to say, Barca has been learning to trust and love.  Slowly but surely, he has become an amazing companion.  He will join you on the bed or sofa (he especially likes to lay between human legs).  He will jump up to your lap while you work.  Barca loves watching animals outside the windows such as birds and squirrels.  One of his other favorite activities is getting a good brushing – he’ll arch his back and put his little bum in the air in happiness.  He also likes making a very quiet and breathy “meow” and stretching out and showing his tummy to you – a sure invitation he’s ready a kitty massage!

After about a month in foster care, Barca got to meet some cat friends!  Former fosters, now adopted by our friend, came for a visit while their human was out of town.  Barca was a champ with introductions, just like we knew he would be.  This gentle boy seems so happy with his new feline friends, although he was also content on his own.  Barca is still a bit skittish, but would be a fine family pet for slightly older children with patience to see him transition well to his new home. He is a low-to-medium activity gentleman that would do well in most homes, and we will miss him!  But don’t let that stop you from applying, and meeting the “most improved” fellow who has the potential to be even greater yet!

Should be, with proper introductions

Not tested with dogs

Only tested with kids over 8