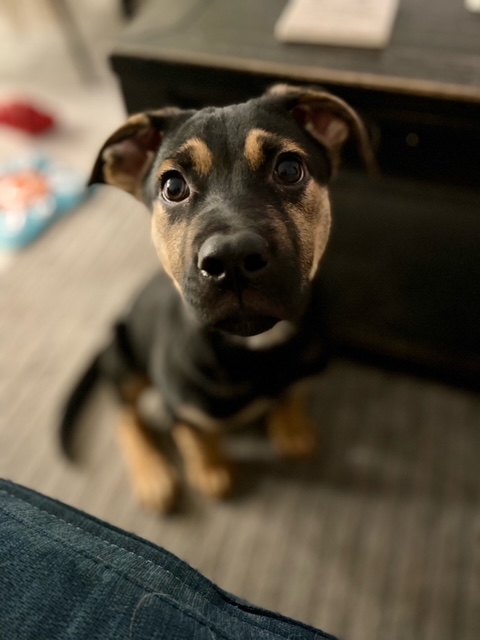 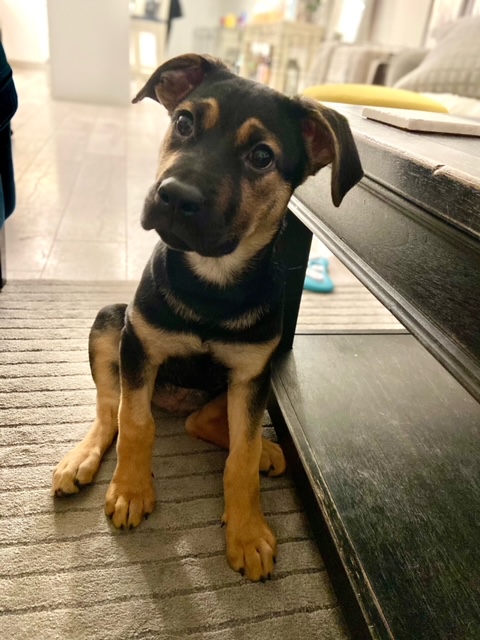 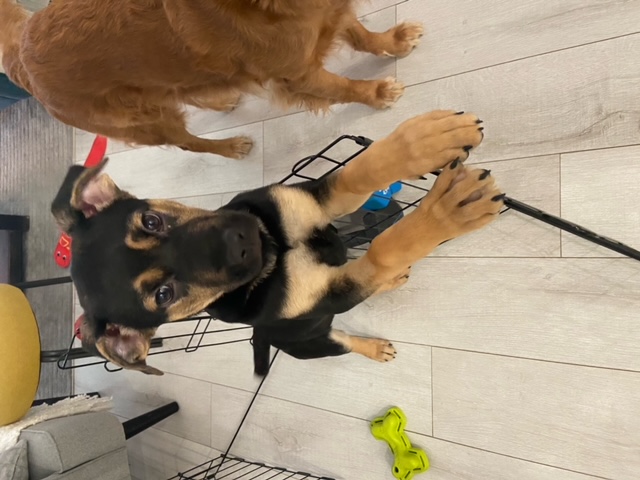 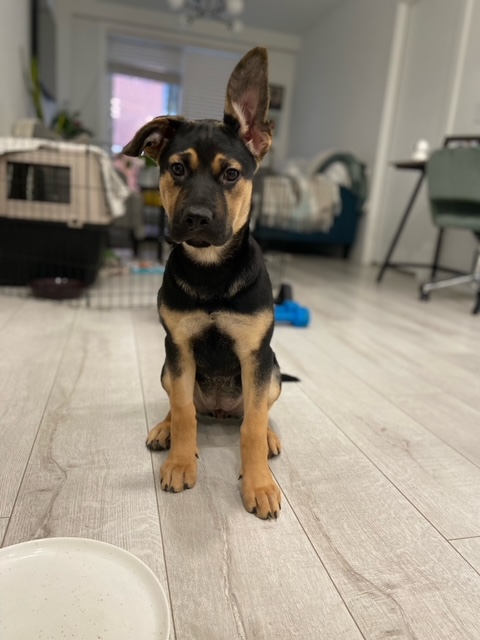 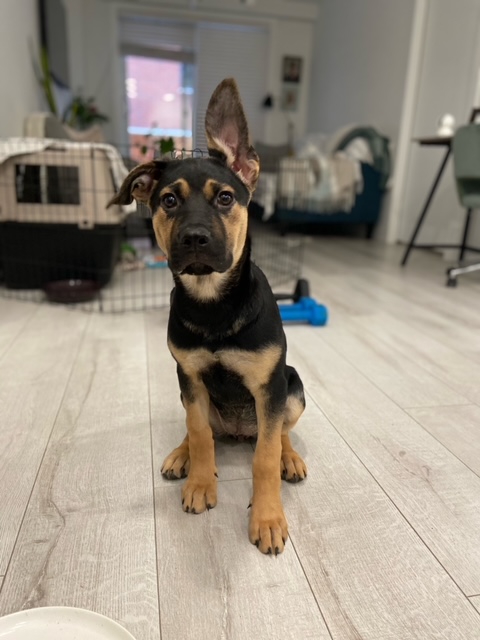 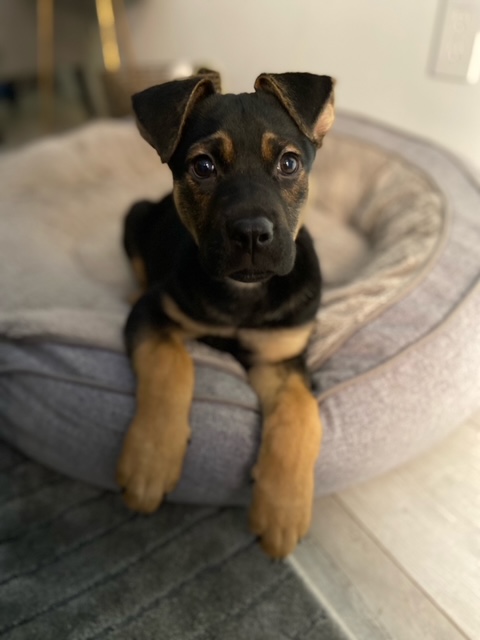 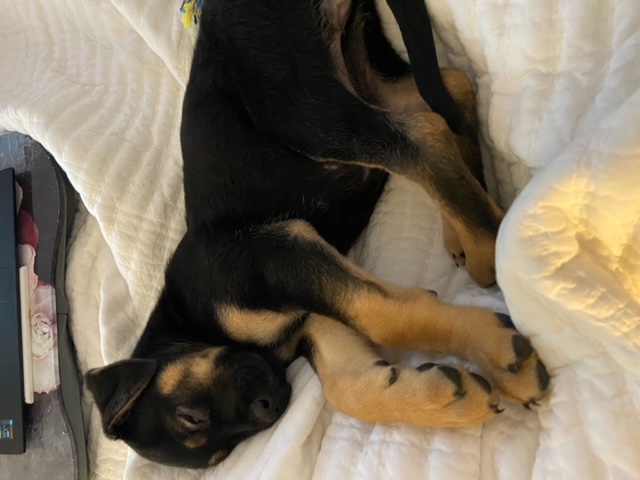 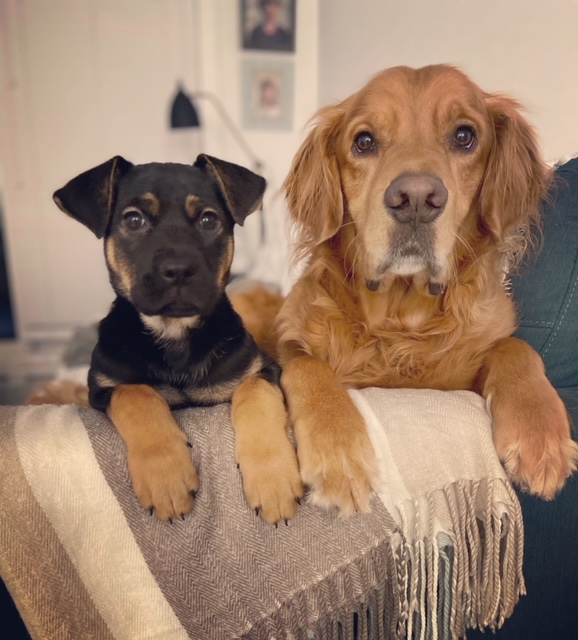 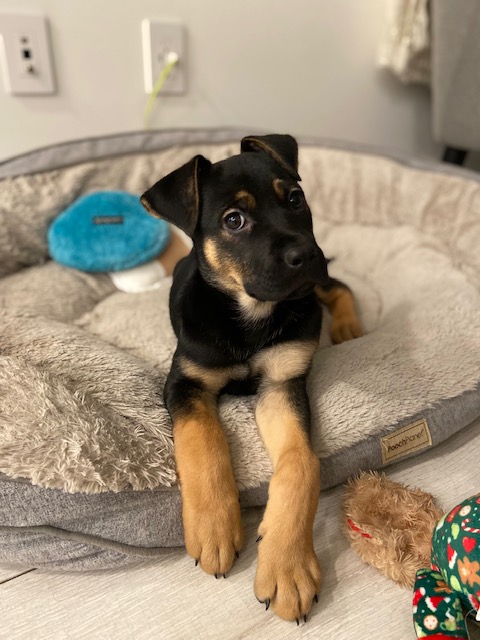 This girl is loveable, playful and oh so cute!

Venny has been a real treat to have in my home. A typical day for her looks like this: She wakes up starving (she loves to eat) and will want food before going out to relieve herself most days, and then will ask to go outside because she’s fully potty trained! She then plays with her foster brother who is a big Golden Retriever for an easy hour every morning – they love to wrestle, play tug, and chase each other.

Then she goes into a pen with some peanut butter in a kong and a couple of toys while I go to work and doesn’t make a peep. She’s happy in there and spend her time playing with her toys or sleeping, which I know because I watch her on camera and marvel at how cute she is.  At lunch we go for a 45 minute walk and she does this no problem – not tired yet mom!

At night after dinner she plays for another hour and a half at least and then it’s lights out fairly early. Venny still gets up in the middle of the night just once to use the washroom (probably because she falls asleep so early) but goes right back to sleep after.

Fair warning that she’s still working on not being a little shark with those puppy teeth! And note that her paws, legs and tail are quite large so she’ll be a big dog that will need a lot of exercise.

This girl’s floppy ears and independent yet cuddly nature make her hard not to fall for!

Not tested with Cats

Only tested with Larger Breed Dogs

Not tested with Kids